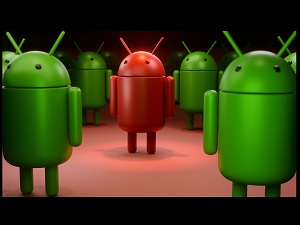 Clubhouse has taken the internet by storm. Or rather, it has taken the iOS ecosystem by storm, since the company has yet to release an Android version of their increasingly popular app.

If you’re not sure what all the fuss is about, Clubhouse is an audio chat app that is invitation only. If you get an invite, you can listen in on and participate in audio chats in real time.

Elon Musk is personally responsible for at least some of the hype surrounding the app, having sung its praises recently in a tweet.

As mentioned, the catch is that the app is only available to iOS users at this point, and there’s a growing demand for it in the Android sphere. Naturally, hackers and scammers, who seldom miss an opportunity, have been flocking to at least pretend to fill the gap, offering what they claim is the long-awaited Android version of Clubhouse.

Naturally, it is no such thing. In fact, those who fall for the hype and install it without doing a bit of due diligence will soon discover that they have, in fact, downloaded the BlackRock Trojan.

If there’s a silver lining to these recent events, it lies in the fact that to this point, the hackers and scammers haven’t managed to get their poisoned wares passed Google’s security, which means that the app isn’t on the Play Store.

Those who download it are getting it from less trustworthy sources. Although security researchers note that the hooks scattered about the web attempting to lure people into downloading it invariably use some variant of “Get it on Google Play” as their hypertext. If a user isn’t paying close attention, that may be sufficient to lull him or her into a false sense of security.

All that to say, there is no Android version of the app yet. Don’t fall for the hype!