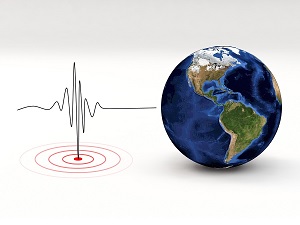 Unless you live within a couple hundred miles of the town of Sparta, NC, you may not be aware of the fact that recently, a 5.1 earthquake struck the area.

It damaged a few homes and rumbles could be felt as far away as north Georgia and parts of Virginia.

It is doubtful that the earthquake in North Carolina was the inciting event that prompted Google to announce a new earthquake detection and alert system on Android devices, but it is timely.

The system relies on the accelerometers that are built into all smartphones to detect signals for earthquakes. If one is detected, it will send a signal to Google’s detection server, along with the GPS location. The server combines all such notifications and use the aggregate data to confirm that an earthquake is indeed occurring.

In addition to that, the system will automatically send out an alert to all Android devices in the area so that the people carrying them can find cover or move to safety.

Marc Stogaltis, of Google, had this to say in a recent blog post about the matter:

“Installing a ground network of seismometers, as California has done, may not be feasible in all impacted areas around the world. So we’re using the reach of Android’s platform to help detect earthquakes … this means your Android phone can be a mini seismometer, joining millions of other Android phones out there to form the world’s largest earthquake detection network.”

In addition to this, Google has plans to share data about areas impacted by earthquakes in the company’s search results. Right now, the system is being rolled out in the US, but in the months and years ahead, the plan will be to roll out a similar system for other parts of the world.

This is an outstanding development, and kudos to Google for doing their part to help keep all of us safe.