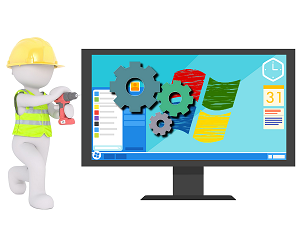 Apple users have long enjoyed a 64-bit version of Microsoft’s OneDrive, but Windows users have been left out in the cold, until now.

Recently, the Redmond Giant announced the release of a Windows-10, 64-bit version of the code. It’s not currently available to the general public, but you can get a preview of its functionality via Microsoft’s One Drive 64-bit syncing app.

Ankita Kirti, of Microsoft, had this to say about the coming change:

Computers running 64-bit versions of Windows generally have more resources – such as processing power and memory – than their 32-bit predecessors. Also, 64-bit applications can access more memory than 32-bit applications (up to 18.4 million Petabytes).

We know this has been a long awaited and highly requested feature, and we’re thrilled to make it available for early access.”

If you’re like many users, you may not even know for sure what version of the software you’re using. Fortunately, there’s an easy way to check. Just click on the “Help and Settings” icon in the OneDrive app, then go to the “About” section. Under the heading “About Microsoft OneDrive” you’ll see a reference indicating whether you’re running the 32-bit, or the 64-bit version.

The only caveat to be aware of here is that Microsoft has advised users who are running ARM64 devices to stick with the 32-bit version. If you’re running an AMD64 device, you’re fine to switch to the 64-bit version when it becomes available.

This is a good addition and long overdue. We’re looking forward to the ability to move more files, more quickly. Kudos to Microsoft for finally giving us that capability.