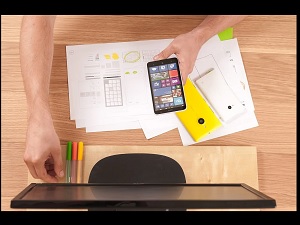 Since the start of the pandemic, Microsoft has been working at a furious pace to add new features to Teams. It has become one of the company’s most widely used services, allowing remote employees to communicate seamlessly with each other. Continuing that trend, the Redmond giant has recently added yet more new features, including a call transfer function, anti-spam protections, CarPlay support, a streamlined calling experience, and more.

In short, the latest version is just all around easier to use, with a new screen that allows for easy access of your call history, voicemails, your contacts, and the software’s settings. On top of that, Teams admins now have the ability to change the default recording storage location, using either SharePoint or OneDrive instead of Stream.

The new CarPlay feature is simply invaluable if you spend a lot of time on the road and want to be able to join meetings in progress while you’re driving. If your car has built in WiFi controls and you can speak with Siri while you’re driving, you can leverage those controls to place and answer calls inside Teams.

In addition to all of that, the company has announced that by early next year, Teams users will gain the ability to transfer calls between your desktop PC and your mobile devices via the Teams app. This will allow you to merge calls, preserve data and work more seamlessly than ever before.

Another new feature on the horizon is the reverse number lookup, which will allow you to grab the name of the caller, assuming you don’t already know it. This also assumes that you’re not disconnected when you transfer the call to someone else and that person isn’t available.

Overall, if you’re a Teams user, there’s a lot to like in the most recent updates and in the rumors we’ve been hearing about what’s next for the app. Kudos to Microsoft for a whole spate of excellent recent additions.