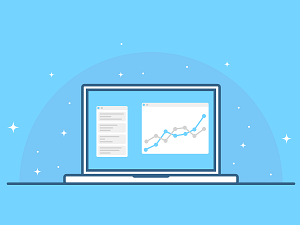 At long last, Microsoft has a web browser that the market seems to like. Their new Chromium-based Edge browser has enjoyed rampant growth over the past twelve months, seeing its market share increase by 1300 percent for the year. It should be noted that one year ago, Chromium-based Edge had a market share of just 0.57 percent, and their rampant growth has seen that increase to 8.03 percent.

Google’s Chrome browser, which currently holds a 67.14 percent market share is by no means in immediate danger of losing its position as the dominant browser on the web.

Even so, it would be a mistake to discount the new Edge browser’s progress. It’s essentially the same as Google’s Chrome browser in that it uses the same engine and can make use of all of Chrome’s extensions. Plus it’s got a few native features that make it unique. So it really is a good browsing option, and its recent flurry of growth has seen it surpass Mozilla’s Firefox browser, which currently holds a market share of just 7.95 percent.

To give you a more complete picture of the browser market breakdown, here are the top five contenders:

With a constellation of other, smaller browsers (Brave, Opera, and a handful of others) each claiming a tiny slice of the market.

When Microsoft first released their latest version of Edge, it was believed that Google’s Chrome browser would take the biggest hit, but the reality is that Google’s market share barely budged, but Firefox seems to be slowly dying.

Later this year, Microsoft will begin forcibly retiring Legacy Edge, which should see it vanish from the list entirely, and it’s likely that most of those users will stick with the new Edge browser. At this point, it’s impossible to say what the future holds for the market long term, except to say that Google’s browser should retain its title of King of the Hill for the foreseeable future.