Nvidia Gets In The CPU Game With ARM Purchase 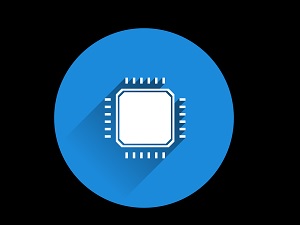 If you’re more than a casual gamer, you’re probably already quite familiar with Nvidia, one of the industry’s leaders when it comes to graphics cards.

Recently, the company announced a massive $40 billion deal that should push the tech giant to new heights.

Nvidia has been in talks for months with Arm Holdings, Ltd. ARM is a UK based company whose chip designs are in just about every Windows and Android-based machine on the market. The final shape of the deal has now been revealed, and Nvidia will acquire the company for $12 billion in cash and $21.5 billion in Nvidia stock.

Nvidia CEO and founder, Jensen Huang, had this to say about the matter:

“Simon Segars and his team at Arm have built an extraordinary company that is contributing to nearly every technology market in the world. Uniting Nvidia’s AI computing capabilities with the vast ecosystem of Arm’s CPU, we can advance computing from the cloud, smartphones, PCs, self-driving cars and robotics, to edge IoT, and expand AI computing to every corner of the globe.”

“Arm’s business model is brilliant. We will maintain its open-licensing model and customer neutrality, serving customers in any industry, across the world, and further expand Arm’s IP licensing portfolio. Nvidia will retain the name and strong brand identity of Arm.”

There are still a couple of important hurdles to clear before the ink is dry. The deal still needs to be approved by regulatory agencies in the UK, China, the US and the EU, but all indications are that it’s going to happen, though it will probably take another 18 months or so to get all of the details ironed out and get final approval from all agencies involved.

This is big news, and from the sounds of it, Nvidia has big plans that include licensing ARM technology to Apple, which would greatly expand the company’s reach.