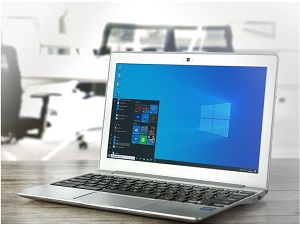 Back in the early days of Windows, the OS didn’t have a very good reputation. The dreaded Blue Screen of Death was an all-too-common occurrence and plugging peripherals into a Windows-based PC was referred to as “Plug and Pray” functionality. Since then though, the company really has come a long way and Windows 10 users rarely have any issues adding peripherals to their systems, and almost never see the BSOD. Until recently, that is.

Recent changes to the code have resulted in a resurgence of the appearance of the Blue Screen of Death, and it is not a development welcomed by the company’s legions of customers. Fortunately, the company quickly recognized just how serious the issue was and took the step of issuing an emergency, out of band fix to address the issue.

Specifically, you need the update if you start seeing crashes when you attempt to connect to WPA3 Wi-Fi networks. Based on research conducted by Microsoft, this bug would have been introduced when you or a member of your IT staff applied one of two updates. The first was KB4598298, which was released on January 21, 2021, and the second KB4601315, which was released on February 9, 2021.

The company stressed that if your network is currently using WPA2, you’re almost certain not to be affected by the issue. Also, they said that for those on WPA3 networks, the issue is most likely to occur when you disconnect and reconnect to a WPA3 network, or when your computer wakes from sleep or hibernation, versus a cold boot.

In any case, if you are seeing a notable increase in crashes to desktop, and especially if you start seeing the dreaded Blue Screen of Death, the fix is a simple one. Just grab and apply the KB5001029 patch and that should be the end of the issue.