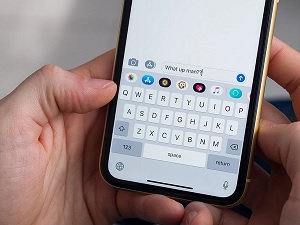 Do you have a favorite app you use for chatting or for keeping in touch with family and friends?

Most people have a go-to app that serves as their first choice, and many have a small constellation of apps they use, having 1-2 for family and another app or two for business contacts.

Unfortunately, given the popularity of messaging and the ubiquity of messaging apps, they also serve as incredibly tempting targets for hackers around the world and stand as one of the easiest points of entry.

All of the companies that make messaging apps have taken different approaches to enhancing security, but few have done more than Apple. With the release of iOS 14, the company has really upped the messaging security game with the addition of a new feature called BlastDoor.

Conceptually, it works a lot like the Blast Door Tony Stark installed and made use of in the Avengers Endgame movie when he activates the “Armed Door” protocol. Essentially, the feature seeks to put a digital shield around message streams so that they’re virtually impossible to break into from the outside. Conversely, if a hacker has somehow gotten into the stream, he can’t detonate some kind of “bomb” on your system that will get past the blast door.

Of course, that all sounds very good in theory. Then again, Sony’s billion dollar DVD copy protection sounded great too until a hacker defeated it with a Sharpie, so unfortunately, field testing is the only way to know exactly how effective the new protection will be. At this point, the feature is so new that nobody has had time to test its capabilities extensively, though that process is ongoing.

If it lives up to even a portion of its hype though, and if the sandbox on the other side of the blast door is capable of preventing all but the most determined attacks, you can bet that other companies will be quick to adopt a similar approach. Kudos to Apple and we look forward to testing Blast Door’s capabilities in the weeks ahead!