Some Popular Android Apps Found To Include Malware 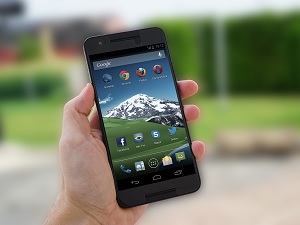 Google does an admirable job of keeping its sprawling Play Store free of apps containing malware. Their verification system is world-class.

That said, no system is perfect, and that includes Google’s. In recent months, the company has removed nearly a hundred apps that made it through their various gateways and checkpoints while containing all manner of malware.

Naturally, these were removed as soon as the issue was reported to Google, and now, it has happened again.

Czech antivirus company Avast recently reported that it found adware on 21 different apps on the Play Store. As of the time this article was written, Google has taken most of the offending apps down, but six still remain available to unsuspecting users.

The names of the offending apps are:

As you can tell by the titles, these are games aimed primarily at children. Kids generally aren’t savvy enough to do even the most basic investigation to see whether an app is legit, or if it might be doing something nefarious behind the scenes. The truth is, many adults aren’t tech savvy enough to do that either, which is how these apps are able to infect so many devices.

In any case, check your phone and check the devices your children use to see if any of the apps listed above are installed. If so, then there’s also a piece of malware called “HiddenAds” which will display annoying amounts of unwanted advertising on the device in question until you find the app and remove it.

Kudos to Google for moving swiftly in taking down most of the offending apps, and by the time you read this piece, the odds are excellent that the remaining six offenders will be gone as well.